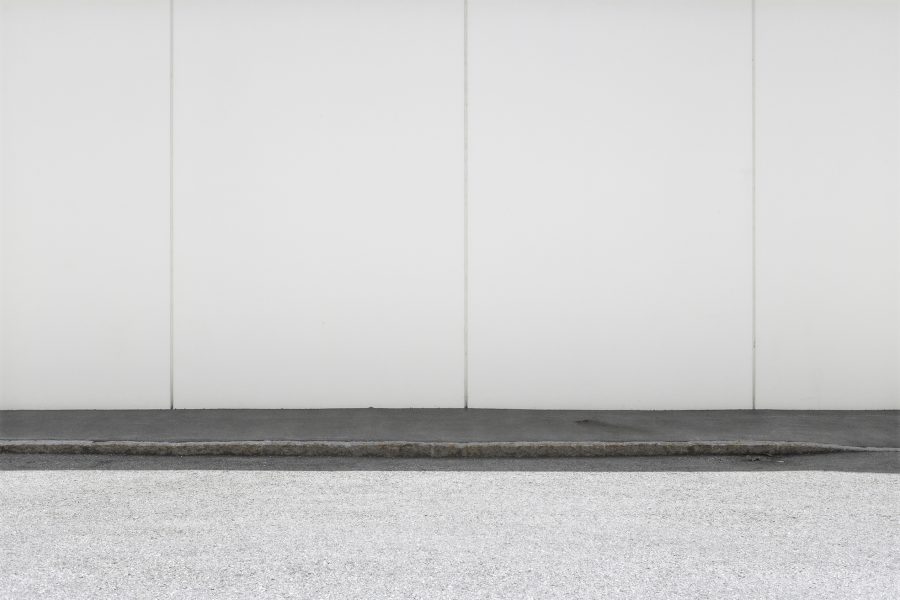 Maurizio Ciancia - Between Real and Rational by Erika Lacava

Maurizio Ciancia is a collector of pictures, a cataloger “à la Warburg” who files wonders in his camera, a modern Wunderkammer, and then looks at them again, selects them, and arranges them, once more.

An encyclopedic activity which dates back to 2016 that sorts common places as the starting point of the artist’s creation of his own Space, his Emptiness and his Fullness, by decontextualizing the original ones to finally deliver pure geometries and colours.

Places turn into non-places, anonymous spaces parted from the world of Real, whose spacial coordinates and subjects become useless, in favour of an “other” idea.

Ciancia’s artworks are no longer mirroring the reality, in fact, they represent minimal abstractions to the limit of the figurative.

By simplifying shapes and colours (two or three as a rule, often primary and contrasting), Maurizio Ciancia gets rid of any excess, following what he himself has elected as the maximum categories of the tangible.

Not only is colour, but also the vertical and horizontal planes are valorized, which seem to run after each other thus getting redefined and confusing the common perception of the viewer, and also leaving senses behind in what becomes a free games of lines.

In Ciancia’s compositions depth is missing, which enhances the “flatness” of the figurative space. It’s colours which actually recreate the different planes of the space, which is consequently split into portions following an aesthetic mode, and turning walls, buildings and road sides into a painting, a flat neutral background which becomes the scenography of the World hustle and bustle.

It’s from these spaces beyond the Real, from the whole of the inexpressed possibilities of each single shot that Ciancia started to create combinations.

Both the orthogonal and horizontal lines cooperate in order to recreate imaginary spaces, which are non necessarily real, yet possible, and as many as imagination allows.

And here is the qualitative leap forward of Ciancia's work, the maturation of his aesthetic conception that makes the spatial elements generators of lines, recomposable tesserae of a puzzle that unsettles reality and recomposes it rationally, with a view to pure aesthetics. An abstraction from the tangible towards the universal, through an inductive reasoning which gives way to a rational perspective, starting off from the everyday (purified, simplified, minimalized).

“What is rational is real, and what is real is rational”. Maurizio Ciancia, according to Hegel’s lesson, demonstrates the possible combinations of the real by juxtaposing, in a bulimia of the glance which archives and preserves everything, urban images with museum installations, architectural details with art paintings, in the name of a colour or of a shared shape. The result is an absence of meaning, from an objective point of view, for a semantics of a pure look which simply lives out of lines and colours, which recreate the Space.

What’s Space to you?

Space is basically a metaphor I use to give concreteness to the idea of Emptiness, which I try to draw by means of my photos. The Emptiness I mention is a non-matter place and interior where to find peace and quiet, balance and harmony, thus being ability to contain and accomodate, but at all absence or lack.

Neither shadows nor details appear in your artwork, which can help establish the location of the planes to rebuild a three-dimensional reality. Why this choice?

I’ve been through this research without losing contact with the reality indeed, observing bare architectural contexts where I recognise ordinary spots to turn into my Spaces. I don’t want to lose touch with the reality: I actually feel the urge to escape from it in order to create the interior dimension, the object of my research. The absence of shadows and perspective, the apparent two-dimension space, the alteration of the horizon, are elements which I believe useful to induce a sense of bewilderment, to make these Spaces familiar, yet unrecognizable, and inspire the opportunity to read them personally.

How did you move from single images to compositions?

The compositional Installation are an element of my style. I first got aware of this at Stefano Ciol’s practice. I was analyzing an installation where different images close to each other would interact. By properly selecting them, the single spaces blended into a single and unique one. Stefano helped me understand the effect of compositions and improve the tecnique aimed at a more effective language.

Whose artist works have been fundamental in determining your aesthetic sensitivity and shaping your style?

I could mention two, but, actually, I would like to remember the first one who inspired me to look into Emptiness and to reckon its value: Kengiro Azuma.

Erika Lacava, degree in Aesthetic Philosophy at the State University in Milan with a specialization in Visual cultures and curatorial practices at the Brera Academy. From 2014 to 2017 with the experience of Zoia – Contemporary Art Gallery she comes into direct contact with the dynamics of scouting and the art market. Independent curator, collaborator for printed and online art magazines, in 2019 she founded the communication and services start-up for art M2F Communication. 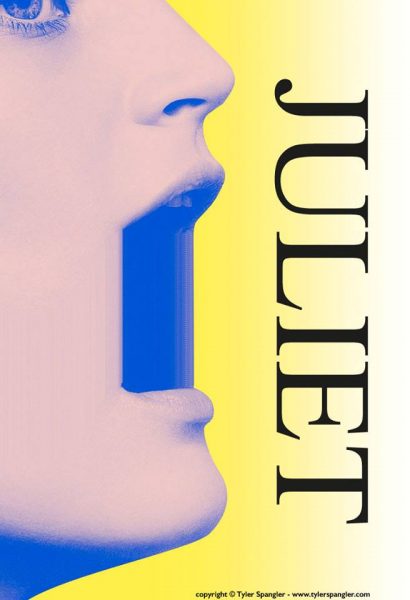